This Is Where You Have To Go In Finland

While not technically a part of Scandinavia, Finland boasts some of the same traits as its neighboring countries. Incredible scenery, unspoiled nature and a relatively liberal, modern political system are all positive attributes of Finland. In the winter the Northern Lights can be seen in the northernmost part of the country while in warmer months many Finns love to head to their summer cottages to enjoy some swimming, fishing, barbecuing but most of all the sauna.

When visiting Finland, it is natural to head to Helsinki, but your itinerary should also include other destinations beyond the capital. From small towns to natural wonders, this list highlights the best places to visit in Finland.

With so much unspoiled landscape, Finland is a nature lover’s dream destination. For outdoor enthusiasts, winter resort of Levi is undoubtedly a top pick for fun. Located in Finnish Lapland, Levi boasts miles of trails for skiing and snowboarding. There are also opportunities for more unusual activities such as reindeer safaris, ice fishing expeditions and relaxing in large outdoor saunas. The nightlife in Levi is a major draw for Finnish residents, so don’t leave until you have explored the bars, lounges and clubs in Central Levi.

Although it is the third-largest city in Finland, Tampere is still not a huge urban area, and it feels more like a collection of neighborhoods than a major metropolis. To get an understanding of Tampere’s history and heritage, check out the Vapriikki, a museum complex housing the Natural History Museum and the Finnish Hockey Hall of Fame, among others. Outdoor recreation like skiing and hockey are incredibly popular in Tampere, but the less athletically inclined can settle for a stroll through outdoor hubs like Duck Park or the Hatanpää Arboretum. The popular Särkänniemi Adventure Park on the edge of downtown features an aquarium, a planetarium, a children’s zoo, an art museum and an observation tower with great views of the forests and lakes.

In the heart of the Baltic Sea is a collection of islands known as the Aland Archipelago. While they technically do belong to Finland, the islands run relatively autonomously. Unusually, this is one part of Finland where you are more likely to hear residents speaking Swedish than Finnish! Ferries shuttle visitors between the Aland Islands, offering you the chance to see attractions like the ship turned museum called the Pommern, the Aland Maritime Museum, the 14th century castle called Kastelholm and the miles of stunning hiking trails. Don’t miss the culinary specialty of the archipelago, a dessert pancake topped with stewed plums and whipped cream. 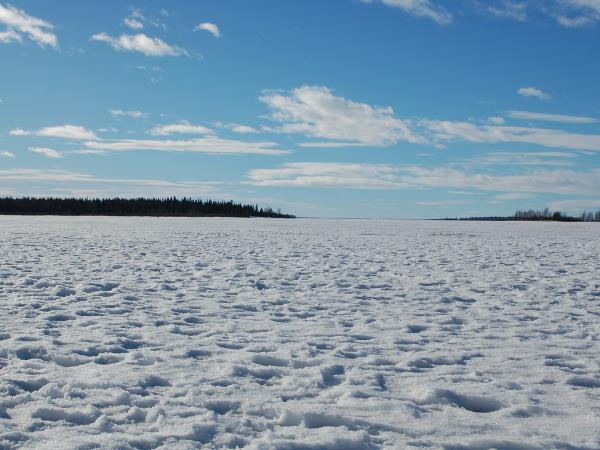 Industrially, Kemi is a city in Finnish Lapland that is known best for its pulp mills. Travelers, however, know Kemi best as the location of the iconic snow castle. The castle is built yearly, and it can be three stories tall and serve as the venue for weddings and live musical performances. Guests can even stay overnight in the snow hotel, should they choose! Kemi also has a bustling nightlife scene, and the destination is where you can board the arctic icebreaker tour that winds through the arctic waters in search of breathtaking icebergs and incredible views.

As the name suggests, Finnish Lakeland is as area of Finland where there is an abundance of lakes. There are about 55,000 lakes here that are at least 200 meters (660 feet) wide! The region is spread across central and eastern Finland, and it is bound by the stunning Salpausselkä Ridges as well as the Russian border. The largest lake in the district is Lake Saimaa, where you can swim, boat or just hike the perimeter and soak in the views. While in Finnish Lakeland, you can also explore the university town of Jyväskylä or the medieval St. Olaf’s Castle.

Along the coast of Southern Finland is Turku, a city that served as the capital of Finland for much of the 19th century and is also believed to be the oldest in the nation. Although Helsinki has long since taken over as the capital, Turku is still a major destination in Finland, and it is home to countless historic attractions and cultural landmarks. Some of the top things to see in Turku include the 13th century Turku Castle, the twin museums called Aboa Vetus & Ars Nova and the neighborhood of Luostarinmäki, which is one of the few areas with architecture that survived the early 19th century fire in the city.

The second-oldest town in all of Finland is Porvoo, a destination known for its unique and picturesque wooden homes. As you stroll through the cobblestone streets of Old Porvoo, known to locals as Vanha Porvoo, you can see landmarks from the 13th century, although much of the wooden architecture was constructed at the end of the 19th century. Other great ways to pass the time in Porvoo include touring the 11th century Porvoo Cathedral, exploring local art and heritage at the Porvoo Museum and indulging in delicious local pastries and candies at the Brunberg shop, an iconic business in the city.

A small city in the heart of Finnish Lakeland, Savonlinna is a charming historic destination worth a visit on your next trip to Finland. Located in the middle of Lake Saimma on a series of islands, the area’s biggest attraction is unquestionably Olavinlinna, or St. Olaf’s Castle, which was built in the 15th century. Since the castle’s location wasn’t militarily or politically important for centuries, it has withstood the test of time and remains largely intact and furnished. Also worth checking out in Savonlinna is the Orthodox Museum, the Savonlinna Provincial Museum and nearby Kerimäki, where the world’s biggest wooden church is located. In Savonlinna’s market square, be sure to dig into muikku, or a local herring dish, from one of the many vendors in the area.

If you want to experience the beauty of Lapland, then Rovaniemi is the ultimate gateway to it all. The capital of Finnish Lapland, Rovaniemi was completely destroyed at the end of the Second World War. As a result, much of the architecture is mid-century and brutalist in design. While Rovaniemi is home to a number of wonderful attractions, a highlight is undoubtedly that it serves as the official Finnish home to Santa Claus. Visitors can tour Santa Claus Village, get stamps from the Santa Claus Post Office and even visit the Santa-themed underground amusement park. None-Christmas attractions in Rovaniemi include the Korundi House of Culture, the Pilke Science Center and the engineering feat known as the Jätkänkynttilä Bridge.

As the country’s capital, Helsinki is the most popular place to visit in Finland and a destination you won’t want to miss. If Helsinki looks a lot like St. Petersburg, it is because it was built to replicate the Russian city’s style in 1812. Today, some of the main attractions in Helsinki include the many churches, the three most important of which include the Lutheran Cathedral, the Church in the Rock and the Uspenski Cathedral. The stadium that served as the site of the 1952 Olympics is worth a visit, as is the art deco architecture of the Parliament House. While there are dozens of excellent museums and galleries in Helsinki, one of the best to see is the National Museum of Finland, which does a great job of tracing Finnish history over time.